Beer of the Week – C’est What Mild Brown Ale

Posted on February 27, 2007 by Greg Clow| Comments Off on Beer of the Week – C’est What Mild Brown Ale

This article was originally written in February 2007 for the food & drink website Taste T.O., and republished here in September 2011 (but back-dated to match the original publication date) after the Taste T.O. blog was shut down and taken offline. 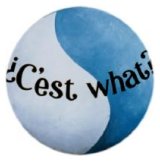 To most North American drinkers, mention of a beer with a 3% to 4% alcohol level will undoubtedly bring to mind fizzy yellow light/lite lagers that taste even less of beer than their 5% kin. But fans of UK-style ales will more likely think of Mild Ale, a style that was once on the brink of extinction but that has been gaining popularity thanks to the efforts of CAMRA and other real ale supporters.

Brewed since the 1600s, if not earlier, the definition of Mild Ale has varied a bit over the years, but it has typically referred to malty ales that are darker in colour and have a lower alcohol content than Bitters and Pale Ales. Back when ales were generally stronger across the board, Milds would vary in strength from 5% to 7%, but most modern interpretations sit somewhere in the 3% to 4% range.

Like most traditional ale styles, Mild is more common in the UK (although even with CAMRA’s efforts, it still hasn’t been restored to the point where nearly every pub had a Mild on at least one of their taps). But with the increasing popularity of cask ales in North America, more and more microbreweries are taking a crack at the style.

The only local example of the style comes courtesy of C’est What (67 Front Street East), the almost-brewpub (their house beers are brewed off-site at County Durham Brewing) that has been at the forefront of Toronto’s craft beer scene for over 19 years. Their C’est What Mild Brown Ale had actually crept up to 4.1% abv, but it was recently reformulated back to its original 3.4% level without sacrificing any of its unique character.

In the glass, it has the appearance of a nut brown ale or even a light porter, with a ruby-brown body and light mocha head. Both the aroma and flavour hold notes of roasted malt, cocoa, coffee and toasted nuts, with a delicate touch of hops in the finish. The body is on the creamy side due to the fact that it is served using a nitro tap of the sort typically used to serve stouts and some cream ales. Personally, I’d rather have it served as a cask ale, but in this case the nitro doesn’t have as much of a negative effect as it can have on lighter beers. Dispensing method aside, it’s just nice to have a flavourful beer that one can quaff several pints of in a session without falling off one’s barstool in the process.

This entry was posted in beer reviews and tagged ale, C'est What, mild, Ontario, Toronto. Bookmark the permalink.