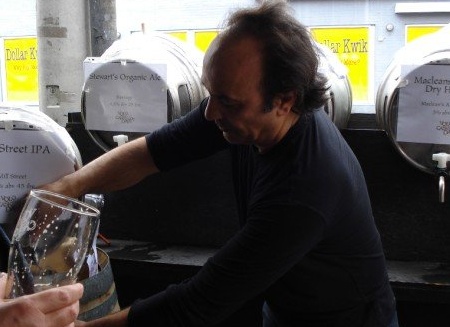 A couple of weeks ago, I sat down for a chat with Ralph Morana of Volo, one of the best beer bars in Toronto. He recently celebrated his 20th anniversary of ownership (although it’s only been a go-to place for beer for the last 5 of those), and we talked about the ups and downs of the last two decades. The resulting article was posted to Taste T.O. today, so under the assumption some some of you might be interested in reading it, here’s the link.

Also on Taste T.O.: One of our other writers interviewed Brian Morin, co-owner and chef at beerbistro. That article was posted yesterday. And here are links to my Beer Of The Week columns that have been posted since the last time I did one of these round-ups:

This entry was posted in beer people, beer reviews and tagged Taste T.O.. Bookmark the permalink.