Posted on August 24, 2010 by Greg Clow| Comments Off on This Week on Taste T.O.: Wellington Silver Wheat Ale 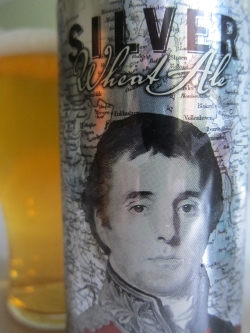 But that’s what you’ll find there this week, as I have nothing good to say about Wellington Silver Wheat Ale, a complete mess of a beer that is made even worse by the fact that it was made to celebrate Wellington Brewery‘s 25th anniversary.

Most breweries take such milestones as an opportunity to create something really big and special and flavourful, but Wellington decided instead to go in the opposite direction, releasing a pale and light North American style wheat ale – and one afflicted with a multitude of flaws to boot.