Does This Make Me a Social Media Guru?

Posted on March 10, 2011 by Greg Clow| Comments Off on Does This Make Me a Social Media Guru? 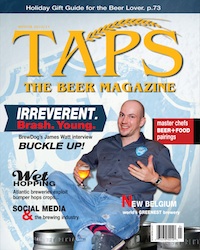 It’s been a while since I last mentioned it here, but I’m still doing a some writing for TAPS Magazine, the quarterly publication that looks at the beer and brewing industry from a Canadian perspective – although since changing the subtitle from “Canada’s Beer Magazine” to “The Beer Magazine” a few issues ago, the scope has expanded to include more content from beyond our borders. It’s a magazine that keeps getting better and better, and even if wasn’t writing for it, I’d be reading every issue from cover to cover.

While my “Beer Styles 101” column is no longer appearing in its pages (since, as I noted last summer, I pretty much ran out of major styles to feature), I’m still on the review panel for the “Tasting Notes” in each edition, and I’m contributing other stuff from time to time. Amongst that other stuff is an article in the Winter 2010-11 issue looking at how Canadian breweries are using Twitter, Facebook and other social media to promote their brands and connect to their customers.

My original intention was to write an editorial-style article with quotes interspersed here and there from some brewery folks that I interviewed via email. But when I started getting fantastic answers back from the interviewees – including Steve Beauchesne of Beau’s All-Natural Brewing, Karen Gaudino of Creemore Springs Brewery, Tina Wolfe of Wild Rose Brewery, and Ferg Devins of Molson Coors Canada – I realized that running the four Q&As pretty much in full along with a short introduction would give a better idea of the whats, hows and whys of beer and social media in Canada than anything I could write myself. 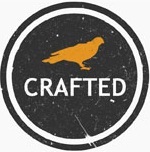 Apparently, TAPS agreed with me, and decided to put the article online as a PDF. And it then came to the attention of Brady Walen, a marketing professional and beer blogger in Portland, Oregon who had some nice things to say about it on the blog for Crafted, his website and consultancy company dedicated to “Social Media for the Beer Community.”

The ironic thing about all of this is that I’m a bit of a curmudgeon when it comes to the so-called social media revolution. While I use Facebook and Twitter, and find them fine enough tools to accomplish certain things, I’m repulsed by the never-ending deluge of self-described “social media gurus” who spew a few buzzwords and manage to convince companies to part with large amounts of money for a little bit of work that someone could’ve gotten their 12 year old nephew to do in exchange for a couple of games for his X-Box.

Based on a look at Crafted, though, I can see that Walen doesn’t seem to be one of these fly-by-night douchebags. He appears to know what he’s talking about, and offers services and coverage that would actually be useful to a small brewery – or any other company – that wants to get a proper handle on social media and how to best use it. Which is part of what my article was all about.

Plus – how can I not love a company from Portland that has a logo with a bird on it??

This entry was posted in beer in the press, beer industry and tagged TAPS Magazine. Bookmark the permalink.