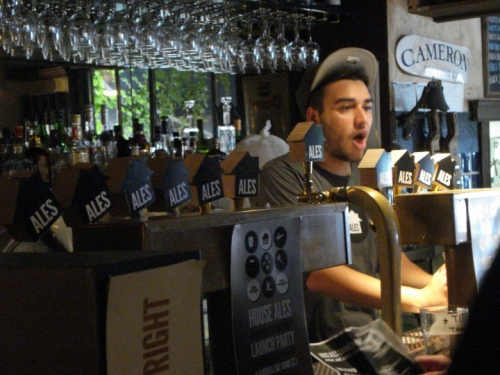 A couple of weeks ago, I was pleased to be asked to contribute an article about Toronto’s beer culture to the user-driven news site OpenFile.ca as part of a series they’re publishing about beer across the country. I was asked to write about one particular aspect of the scene, preferably something unique to Toronto, and the angle I took was to cover the bunch of new breweries that have recently opened in town, or soon will be.

The article was posted yesterday, and while I’m happy with it, word limits and editing meant that only a couple of short quotes from the email Q&As I did with various owners and brewers were able to be used in the published version. So rather than have the material go to waste, I thought I’d post the full quotes here.

I asked each brewery “What is it about the current beer scene in Toronto that has inspired you and others to start this cluster of new breweries?”, as well as another question or two more specific to their project. Here’s what they had to say…

Ralph (Tomas’ father and House Ales/Volo owner) decided he wanted to make beer at Volo about 3-4 years ago. He took training from several different courses around the world including BrewLab (Suderland, England), Siebel (Chicago) and VLB (Berlin). The brewing gear came from California – an advanced homebrew/pilot systemÂ  that does 80 litre batches at a time – and it was officially installed and operational in August 2010. The first brew was a collaboration with Biergotter called Caustic Commencement Saison. Since then we have made over 65 different batches of beer.

It’s all about constant evolution and constant progression. Inspiration comes from all angles of the beer industry. Local breweries have inspired us for years to explore the idea of making beer… but also seeing and experiencing what is happening in different parts of the craft beer world. Over the years, your palate naturally changes and evolves. It got to the point where it made sense for us to make our own beer, not only to expand our knowledge but to have the ability to experiment and produce different styles. A lot of inspiration comes from new people discovering craft beer in Ontario and what we are doing at Volo . Someone turns 19 everyday and its our job being in the craft beer business to get to them before the “big guys” do.

House Ales is not really a beer brand or a brewery. It’s not something you will ever see in a local LCBO or find widely distributed. It’s a concept. However, you will find House Ales in little pockets of the beer world – sometimes in places you would least expect. It’s an opportunity for us to learn and work with great people in the industry who are passionate about making beer. The idea of not having a production brewery and brewing small batches of beer at different places is really exciting for us. 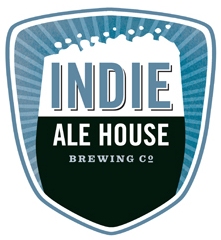 I’ve been dreaming of starting my own small craft brewery since my first homebrew batch came out much better than expected almost 25 years ago. Back then the Toronto beer scene was absolute zero. Since then things have gotten a lot better. Even in the last 3 years since I’ve stopped dreaming about opening a brewery and started working on it full time, the beer scene in the city has gotten better. I think that’s great and I know it will get better and better, but I also think we’re still miles behind the kind of quality beer scene in most major North American cities in terms of diverse selection, quality and ‘interesting beers’. Buffalo beats the city in some craft beer areas and as a very proud Torontonian – that’s not cool.

Technically we are a brewery with an attached tied-house restaurant/pub (I hate these legal names, we look like a brewpub that sells to a few clients in the city to any outside observer but the AGCO has specific names for what we are…). It’s an important distinction for legal licensing and our ability to sell beer off site – which we plan to do to a very select list of bars in the city.

For me, the choice (of this business model) comes from three main considerations:

1. Having close contact with the customer in a pub setting is the fastest, cheapest and most real way of getting honest feedback which is key in building and growing a brand.

2. I want to start and likely remain small, contract brewing and building a proper brewery are better for larger scale ambitions or bigger budgets.

3. Most importantly, I have a good background in marketing and research and when I model the kind of brewery/brewpub I want to be and those that have failed or had limited success, this approach was the clear winner in the model. Places like Dogfish Head, Three Floyds, Stone, Russian River (and many more) all have models I love and want to emulate in part – for me they represent the kinds of ‘non-mainstream’ craft beers I want to make and are a good fit for me in terms of business model as well. Having someone to emulate, rather than inventing a path is a huge help. We’ll put our own spin on things as well, but why re-invent craft beer?

I have Kevin Somerville as the brewmaster, he’s currently an instructor at the Niagara College teaching brewery, formerly of Taps in Niagara and Alley Kat out west. We have very compatible ideas on beer and what we’d like to make, his beers are great and he’s a great fit.

I have a friend who is an amazing chef in the city, Todd Clairmo, has worked at Canoe for years and is now running the new Trump Toronto restaurant and food operations. He’s been a huge help to me on the restaurant side of the business. With his help I’ll hire expertise to run that end of the business but his guidance has been critical. The food side of it will be kept simple and affordable, but with the same attention to quality and bold flavours as the beer.

Construction has finally started after long delays with permits and such, I hope to open late summer – I hope to open at all some days. City permits, construction issues and financing was not what I dreamed about when wanting to start a brewery but you really need to embrace this end of the business if you want to make it past the planning stages. 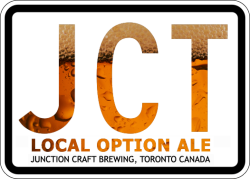 My background is in the restaurant/bar business (La Hacienda, Paddock Tavern, etc.). I am also a musician, avid rec hockey playing dad, have a keen interest in Toronto history, and have made wine and beer on a small scale for years.

22 years ago we started selling small craft/micro brewery beers on Queen Street. I’ve been following the industry ever since and recently sold my last restaurant, vowing to stay out of the restaurant business, but keeping in touch with an industry I love by making and selling my own beer. The time was right for me. It just so happened that the time was also right for the industry and people looking for an alternative to the big brewers.

We are contract brewing out of my favourite brewery, Wellington Brewery in Guelph. Doug Pengelley (Ste. Andre Brewing) is our Brewmaster, and David Hayes (davidhayesdesign) is doing our branding/identity.

We are starting with a signature ale, draught only to start in September, bottles in the LCBO by spring, and hope to start rolling out one offs and seasonals as we go. A small storefront brewery/store is in the works but we are concentrating on our launch for now. 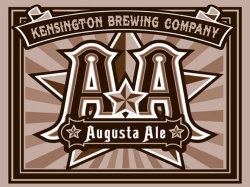 My reason to start up was just another one of my ideas that took hold and I ran with it. I have been into craft beer since my early 20’s when I worked at The Rotterdam, I was exposed to a vast selection from around the world, on top of what was being made right there. It’s too bad i didn’t have the thirst for knowledge to learn about beer making then, that I have now.

When I transformed Rice Bar into Burger Bar, I obviously went the craft direction, but 6 months into it, something happened in my head and decided to increase the selection, and rotate more taps. So to me the logical progression was to get into beer making, and the opportunity with Paul Dickey (*) was perfect. I could have just had him make a beer that would be Burger Bar’s house beer, but I have bigger plans than that. I am planing on adding facilities here to make beer, but that will take some time, as I have a lot on my plate already.

So I’ve used this arrangement to start-up as a contract brewer, and to get a product out there, I wanted to be one of the first of this new breed of “breweries”. The fact that I have a venue to sell it at every day here at Burger Bar to 100-300 possible people, makes it a bit easier to move the beer, as trying to get it into other restaurants and bars is not the easiest thing.

(*) Paul Dickey is owner and brewmaster of Cheshire Valley Brewing, as well as a long-time consulting brewer at Black Oak Brewery. He’s running Cheshire Valley as a contract operation at Black Oak, as is Brock with Kensington Brewing, and Paul has helped Brock out a lot with the recipe and brewing of KBC’s Augusta Ale.

Toronto is where I was born and raised. It’s my home, so it was the natural home for Spearhead. After working in London, England for two years, my family and I were excited to return to Toronto. It’s a vibrant, culturally diverse community with a strong economy and an exciting arts and music scene. It’s a great place to sell great beer, because Torontonians are sophisticated consumers who demand high-quality, natural, locally made products, whether it’s artisanal cheese or craft beer. The craft beer market in Toronto is exploding because Torontonians are demanding more exciting, interesting and flavourful beers. I am proud to be a member of the Toronto craft brewing community and to be brewing Beer Without Boundaries in my hometown.

Starting a craft brewery requires a significant initial outlay of capital, so obviously the license brewing model made sense from a financial perspective. We are lucky to have found a supportive license brewing partner in Cool Brewing, which has accommodated our rigorous requirements and let us use their equipment to make our unfiltered, naturally carbonated beer. When looking at license brewing, this is the most important thing to look for – a good fit.

We have a very clear plan of where we would like to be, and that plan includes our own brewery facility. But in the interim, license brewing has enabled us to bring our beer to the market sooner and with less capital requirements and therefore less risk. Most financial institutions and private investors would like to see proven cash flows before they lend to you or invest in your business. License brewing allows us to build those cash flows with reduced risk, so that down the road we can raise the capital necessary to fund the costs of building our own brewery facility where one day the magic will happen.

This entry was posted in beer industry. Bookmark the permalink.

2 Responses to Opening the File on Toronto’s New Breweries