From Blogging to Brewing (& Bragging)

Posted on September 16, 2011 by Greg Clow| Comments Off on From Blogging to Brewing (& Bragging) 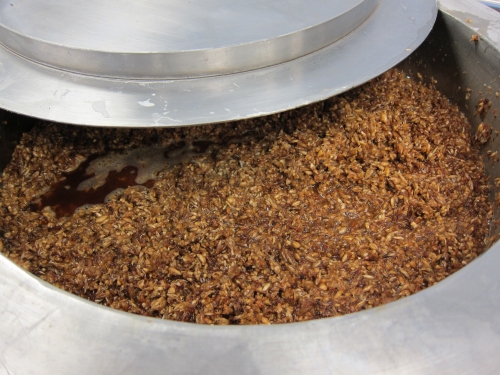 Anyone who makes a living or hobby out of being a critic has likely received feedback to a negative review accusing them of not knowing what they’re talking about. It’s equally likely that the feedback will suggest that the critic should try creating their own version of whatever it is that they’re reviewing before passing judgment on others.

Personally, I’ve always looked at this as a bit of a spurious argument. The fact that my musical ability extends to knowing how to play about three notes on a guitar doesn’t mean that the opinions I expressed in my many years as a music writer were invalid. I just knew what I liked and what I didn’t, and had spent enough years obsessing about music to know what I was writing about. (Well, most of the time, at least.)

The same goes for beer. I’ve never had a lot of interest in being a homebrewer – I have neither the patience nor the imagination needed to do a good job of it – but I’ve consumed enough of the stuff, and read enough about both the product and the process, to have a pretty good understanding of how beer is made, and how to differentiate between good ones and bad ones.

Still, even if I don’t consider it to be a necessary precursor for writing about beer, a bit of hands on experience can never hurt. So when Mike Warner of the excellent (but no longer accurately named) blog A Year of Beer let me know that he was planning a event for Toronto Beer Week that would feature beers created by beer bloggers and writers in partnership with pro brewers, I was pleased to be invited to take part. Even moreso when Adam Grant of The Monk’s Table came on board to host the event, and provided a bunch of 10 litre oak barrels for aging the beers, adding another interesting element to the proceedings. Taking place tonight under the name Barrel Bragging Rights, it’s one of the kick-off events for TBW 2011. 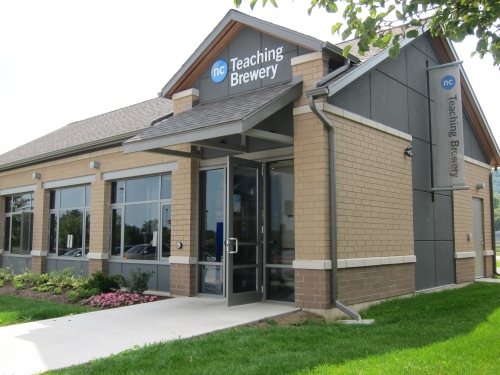 After a couple of false starts with brewers that were unable to participate for one reason or another, I found myself paired up with Jay Cooke of Hogtown Brewers, a new contract brewery here in Toronto. So new, in fact, that they haven’t yet released their beer to market, and as of a few weeks ago weren’t even sure where they’d be brewing their commercial batches.

Jay has a good deal of experience under his belt, though, ranging from small brewers like Paddock Wood to his most recent gig at the main Labatt plant in London. And like a few other start-up breweries in the province, he’d been whipping up test batches for Hogtown on the pilot system at the Niagara College Teaching Brewery, which is where we met up a few weeks ago to create our concoction. 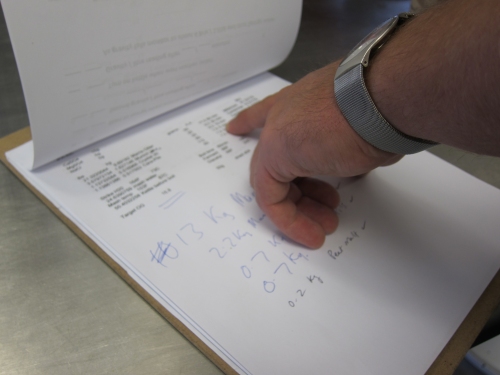 Given the lack of hands-on brewing experience that I owned up to above, I was depending on Jay to lead the way through most of the process, and he did a nice job of that. He came armed with a recipe for an American-style IPA that we tweaked based on the malt and hops that were available to us at the brewery. The original malt bill included Marris Otter as the main grain, with smaller amounts of Munich, Crystal and Cara-Pils; and after some sniffing and tasting of various options, I made an addition of a small amount of Peated malt. On the hops side, Millennium and Centennial went in during the boil, with Goldings joining in right at the end.

Aside from that, there’s not much else I can write that would be notably different from any other small scale brewing project. We milled and mashed in and sparged and pitched and so forth, and ended up with 30ish litres of a nice dark amber liquid that was left to ferment. A week or so later, I got a report from Jay that all had gone well, with the end result being a well-hopped but balanced 6.8% IPA with a nice backing note of peat smoke – in other words pretty much exactly what we were aiming for. 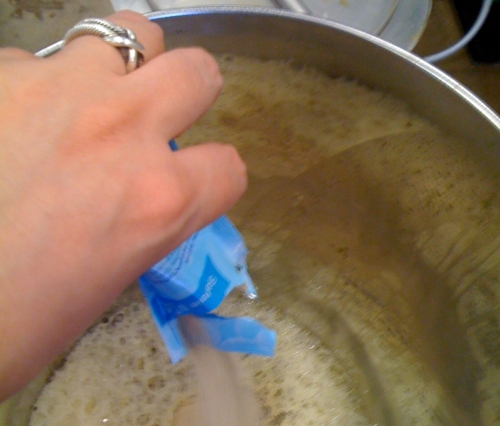 The big question now is how it’ll stack up against the other beers that it’s being tapped alongside at Monk’s Table tonight. As the list of participants illustrates it’ll be up against some pretty serious competition, and given my lack of brewing experience combined with Hogtown still being in pre-launch mode, we’re going into this thing as underdogs. But it’s also a blind tasting event, with folks from the general beer drinking public voting on their favourite – so really, who knows what’ll happen?

Whatever the outcome, I’m looking forward to tasting what my colleagues and their partner brewers have come up with. Those in Toronto who’d like to do the same should head over to The Monk’s Table tonight starting at 5:00 PM, where $25 will get you in to sample all the brews, eat some tasty snacky things, and feed the egos of a group of goofballs who probably don’t know nearly as much about beer as we think, but waste our time writing about it anyway.

This entry was posted in beer events, beer people. Bookmark the permalink.