Anyone with at least a passing interest in Toronto’s craft beer scene will likely be aware of the almost legendary reputation of Cask Days, the cask beer event that Ralph Morana and his sons and team at barVolo have been hosting each year since 2005. Over the years it’s grown from a single day event with a couple of dozen casks from Ontario breweries, to a week-long celebration featuring various cask-themed evenings leading up to the main multi-session weekend.

Sometime around the third year, as the popularity and crowds started to grow, Ralph began talking about moving the main event to a larger venue. While some expressed concern that doing this would have a negative impact on what was admittedly a pretty fun event, those of us with slightly claustrophobic and mildly misanthropic tendencies loved the idea of having more room to spread out, and potentially more beers to choose from.

This past Sunday, the curmudgeons were proven right, as the Cask Days festival was moved to the regal and spacious Hart House on the University of Toronto campus, and ended up being one of the best beer events Toronto has ever seen. 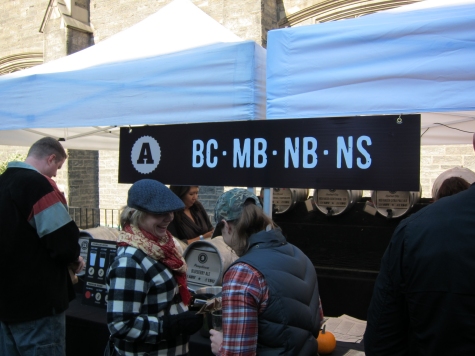 Over the course of two sessions, 80 casks from 50+ breweries in six Canadian provinces (Ontario, Quebec, BC, Manitoba, Nova Scotia & New Brunswick) and the UK were poured for well over 1000 attendees. Not to mention the 40 or so casks that were tapped at Volo in the preceding week for various pre-festival events. And it all went off without a major hitch.

Since folks like Jordan and Robin and Mike (and probably plenty of others I’m missing) have already given pretty detailed thoughts on the day, I’m not going to ramble on too much about it. But I couldn’t resist contributing at least a bit of content to the post mortem discussion, if only to marvel about how completely fucking mindboggling it is that the Moranas and their team were able to pull this off. Especially in a jurisdiction with as many arcane and impenetrable liquor laws as Ontario. 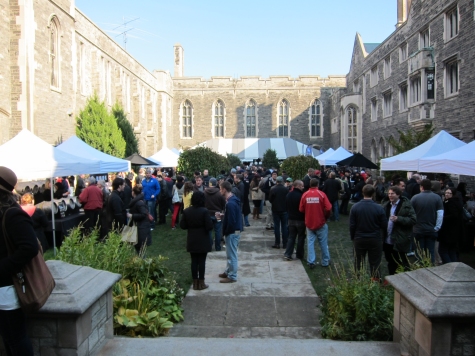 And kudos also have to go out to the brewers – especially the Ontarians – who have really stepped up their game when it comes to the beers they’re sending to these events. While earlier editions of Cask Days often had a 50:50 split of good-to-great beers vs. failed experiments, very few of the beers I tried on Sunday were in the latter category, and some of them – like Red Racer Citra Pale Ale, Dunham Oak Aged Cranberry Ale, and Great Lakes Fangboner India Brett Ale – were among the best beers I’ve had all year.

I honestly don’t know how they’re going to be able to top it next year, but I’m already very curious – and perhaps a little bit frightened – to see what Cask Days 2012 has in store. In the meantime, I hope all involved are getting some well deserved rest before the planning starts once again. 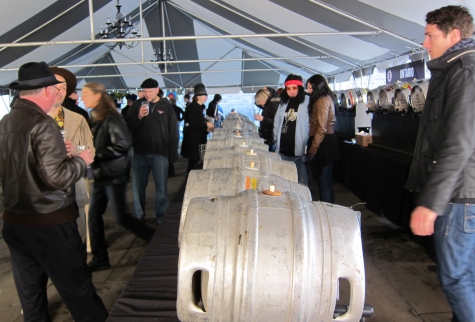