So, I was checking my blog stats for the past couple of weeks, and I noticed that my provocatively titled “Montreal – Part 2: Ass Sandwich” post was visited by a couple of people who were searching for the phrase “ass sandwich” via Google.

Ends up that my post is one of the top Google hits for that phrase – although something tells me that the people were probably more interested in the top search result, which is somewhat disturbing and definitely NSFW. Or NSFAnywhere, really.

A couple of things are happening out in the greater food & drink blogiverse that readers here might be interested in.

First, there’s the 4th annual edition of Menu For Hope, a fundraising campaign undertaken by food & drink bloggers around the wold each December. Originally started in 2004 to raise money for victims of the tsunami, it now raises funds for the UN World Food Programme, with this year’s take earmarked for a school lunch program in Lesotho.

While I’m not participating in the event via this blog, we’re going to be raffling off a great prize package over at Taste T.O. with the theme being a “Culinary Tour of Toronto”. Preliminary details are up now, and the campaign officially kicks off next Monday, December 10th.

Under-way now is the nomination period for the 2007 Food Blog Awards, presented by the Well Fed Network. While I harbour no illusions that this blog world have a hope in hell of winning anything – even if I did meet the ‘6 posts per month’ minimum for consideration – there are several other beer blogs that would be well deserving of the award for ‘Best Blog Covering Drinks (Alcoholic and Non-Alcoholic)‘. So if you have a particular favourite, get over there and nominate it.

Posted on November 23, 2007 by Greg Clow| Comments Off on Widget! Widget Good!

Look over to the right-hand side of the page, and you may notice that I’ve added a couple of new WordPress widgets to display the RSS feeds of my posts at Taste T.O. and the Bar Towel news feed that I maintain.

This is just in case the 2-to-3 posts a month that I write on this blog aren’t enough for you. Har.

Comments Off on Widget! Widget Good!

Welcome To My New Pad! 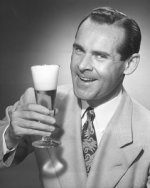 If you’re reading this, then you’ve discovered that the old iteration of Beer, Beats & Bites has been retired, and BBBv2 is up and running. Hopefully, I’ll be able to be a bit more frequent with the posting now that I’m on a platform that I’m generally happier with.

There’s still a bit of tweaking to be done here and there, so please forgive any loose boards or wet paint you may come across. If you find anything that looks completely out of whack, please let me know.

EDIT: Figures that the weekend I decided to move to wordpress.com is the same weekend that they are having loads of network issues. As a result, things are really slow, images aren’t displaying properly, etc. Hope they get things fixed soon… feh. I love dogs even more than I love beer, so I was saddened to read on Lew Bryson’s blog that Olive, the lovely pooch featured on the label of Smuttynose Brewing‘s Old Brown Dog, passed away on March 15th. If OBD was currently available in Ontario, I’d be raising a couple in her honour, but since it’s not, hopefully she won’t be offended if I toast her with a different beer at tonight’s session with the boys.

On another note – things are still busy at Taste T.O., and even busier at my day job, hence the lack of posts in these parts lately. I’ve got a couple of things half-done, though, so there may be a post or two this weekend. I’m sure you’ll all be waiting with bated breath… My apologies for the recent lack of activity around these parts. I’ve been busy with a couple of things, including a pretty exciting project that my wife and I will be launching soon, so my time has been even tighter than usual.

I do have a couple of things that I’m set to write about, so there should be some new posts coming soon. In the meantime, please enjoy this photo of a monkey drinking a beer. 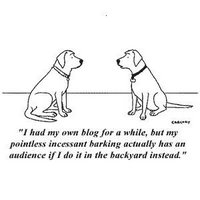 OK, as much as I hate the word “blogosphere”, I received a sign a few days ago that I’m now a part of it whether I like it or not:

This guy named Anthony left a comment on one of my NYC posts saying that he found while searching for info for a blog post of his own reviewing d.b.a., one of the bars I visited there.

So I went over to his blog – the very funny Wiseass Reviews – and found the post in question. And not only had he given me a link, but he also made me a tag!

Thanks, Anthony. I’m returning the favour.

Oh yeah – just so this post isn’t completely off-topic and self-indulgent, I should mention that I drank some Black Oak Saison tonight. Review: It was yummy.

So, uh, how do people start these things? Saying “welcome to my new blog” seems sort of silly – like, should I be throwing a blog-warming party? – but I feel like some sort of introduction and explanation is in order.

As noted in my profile, I spent around 20 years involved in various aspects of the electronic and experimental music scene. I started out as a music reviewer at the student newspaper at the University of Waterloo, and spent time in the years that followed as a club DJ, zine publisher, concert promoter, magazine columnist, record reviewer, radio DJ, and record company owner – many of these in conjunction with my lovely and patient wife, Sheryl Kirby.

However, one after another, these various projects came to an end. In the last few months of 2005, I quit my radio show Feedback Monitor after nearly a decade on the air, we shut down the label, and I set aside the writing. I felt like I’d hit a wall, and needed some time off to recharge – not to mention help Sheryl recover from an accident she had in the fall, and deal with an unexpected house move earlier this year.

My plan was to take a break for a few months, and then revive Feedback Monitor as a podcast and blog covering the same sounds I’d featured on the radio show. But as I started work on the first instalment back in the spring, I still wasn’t feeling the spark that I used to get from doing the old show. So rather than slog away at something that I wouldn’t enjoy, I decided it was time to officially “retire” from my “career” in music.

Running parallel to all of this was my interest in good beer – an interest that also started when I was going to school in Waterloo at a time that coincided with the start of Ontario’s modern craft brewing culture. Waterloo was at the epicentre of the scene in the early days, with Brick, Sleeman and Wellington all located in the area. It didn’t take me long to realize that there were better beer options than Labatt and Molson, and I’ve spent the following two decades – and the last few years in particular – exploring the world of microbrews and craft beers as much as possible.

Which brings things back to early 2006, where as I was winding down my involvement in music-related activities, I started to ramp up my involvement in the local beer scene. I became the news editor at Ontario’s top beer website, The Bar Towel, and then got the opportunity to write regular beer articles for Toronto food and drink webzine Gremolata. Working on these projects brought back the spark I’d lost, and got me interested in writing even more beer-related stuff, some of which wouldn’t really work on either of those sites. I also got a bit of the music bug again, although not as strongly as I had it before. And thanks to discovering RSBS (Really Simple Beer Syndication), I started reading a bunch of beer blogs, and found the format inspiring.

The end result to all of this was the blog that you’re reading right now. Beer, Beats & Bites will primarily be a forum for me to post beer-related material that doesn’t fit in on the Bar Towel news feed or my Gremolata columns. This will include more detailed beer reviews than those I post on RateBeer, thoughts on industry news and developments, festival features (watch for a report next week from this weekend’s Michigan Brewer’s Guild Summer Festival and the surrounding road-trip), book reviews, and whatever else passes from my fingers to the keyboard. Music will take a smaller role – I’ll post a review if an album really moves me in some way, not just for the sake of doing so, which is how things were in the old days. And being a bit of a foodie, I’ll throw in the occasional restaurant or cheese review as well.

For the most part, though, it’ll be about the beer. Speaking of which, I think I’ll go have one now. Hopefully, you’ll stick around and join me.