END_OF_DOCUMENT_TOKEN_TO_BE_REPLACED

Beer of the Week – Brooklyn Lager

Posted on February 20, 2007 by Greg Clow| Comments Off on Beer of the Week – Brooklyn Lager

This article was originally written in February 2007 for the food & drink website Taste T.O., and republished here in September 2011 (but back-dated to match the original publication date) after the Taste T.O. blog was shut down and taken offline. 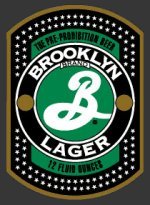 As a beer lover in Ontario, I have lots of things to complain about. Most of those complaints are directed towards the LCBO, where quality beer tends to be given short shrift while prime shelf space is given over to an avalanche of indistinguishable pale lagers from around the world.

Especially embarrassing is the remarkable lack of American craft beer at LCBO outlets. I mean, here’s a country that is producing some of the more exciting beer in the world right now, and they’re our biggest trading partner and our next-door neighbour. Yet here in Ontario, there are only two US craft beers on the general stock list at our retail liquor outlets: Samuel Adams Boston Lager and Anchor Liberty Ale.

Actually, make that three, because joining them this month is Brooklyn Lager ($12.40/6×355 mL, LCBO 26997). The flagship beer of the Brooklyn Brewery, this vibrant and flavourful all-malt lager was first released in 1987, a couple of years after the similar Samuel Adams Boston Lager was launched a bit further up the coast. Alongside the products of a handful of other craft brewing pioneers (including Ontario’s Brick, Upper Canada and Creemore Springs Breweries), these beers proved that not all lagers were pale, flavourless and full of cheap adjuncts like rice and corn.

Even today, when there are so many other great craft beers on the market, Brooklyn Lager remains a standard bearer in its style. It has a beautiful deep orange-amber colour with a soft white head, and a fresh aroma of bready malt and orange & lemon notes from the hops. The flavour has some slightly fruity sweetness off the top, before those citric and slightly floral hops kick in towards the finish. Some have described it as seeming like a hybrid between a malty lager and a hoppy pale ale, and having finally tried it, I can see where they’re coming from. Hybrid or not, it’s one of the best lagers we’ve seen in Ontario in a long time, and I can only hope it’s a sign that the LCBO may be looking to bring in more brews from south of the border – but I’m not holding my breath on that one.

Comments Off on Beer of the Week – Brooklyn Lager